the God in us - a tribute to Wangari Maathai

"I don't really know why I care so much. I just have something inside me that tells me that there is a problem, and I have got to do something about it. I think that is what I would call the God in me.

All of us have a God in us, and that God is the spirit that unites all life, everything that is on this planet.

Wangari Mathaai proved that we can all make a difference in saving the planet, and that we don't need huge resources at our disposal to lead the way.

Here is an interesting email forward, and then below it is my unsolicited opinion!

Over there it's Student Debt; for many Indians it is mostly "Parents' Investment". For a very few, it's a scholarship. In either case, it is ultimately some few very well-off people to whom all the hard-earned or hard-raised money goes, with only a fraction coming back into the ecosystem in any beneficial way.

If only 100 or 1000 people did this, it would be still ok, but what about the big picture? We must ask ourselves, "could there be an alternative?" Is the world just a narrow tunnel we must rush into, or an open field where there are many pathways to success and where you can also be happy by not running around too much? Especially in the fast-developing global scenario of nearly all education becoming completely free and open to all and existing materials getting outdated by the time their students graduate, should we keep running after the old bandwagon?

I loved the personal stories shared here in this email forward and their power to drive in the point. (Apologies if the photos of the people didn't come through...) They're not isolated incidents : several people I've grown up with, studied with, gotten acquainted with - extremely nice and talented people, are also living under mountains of debt - either to banks or in a few 'lucky' cases, to their families. Does that explain the abnormally high incidence of talented and well-educated people ultimately not marrying the men or women they had fallen in love with, or not taking up their dream projects but instead fake-smiling their way through compromise and calling it all a part of "growing up" ?!

I can tell you this : They are not happy with the way their life has panned out, sorry. Many still have expectations that it's all turning around and "just a little bit more slogging!" but I foresee frustration lurking around the corners. The vast majority aren't doing the revolutionary, ground-breaking, world-changing or noble work that they'd set out to - somewhere in the race for prosperity and status, those innate aspirations took a backseat. In many cases the heart itself has changed and they're no longer the people I knew that genuinely wanted to help others.

They're working hard, all right - too hard in fact, but what and who are they ultimately working for? Couldn't their immense talents have been better utilized? And the biggest tragedy is that they can't just change tracks now even if they desperately want to : the debt has trapped them in golden cages - trapped them until the time comes when they will no longer be able to return to their dream projects. They are no longer free people.

I'm also attaching a couple of great info-graphics I've found elsewhere that explains the fine lines brilliantly. And don't go for the comfortable ignorances : the picture of student loans in India too isn't getting any better. I highly recommend all youngsters who are gearing up for further studies, and their parents who are planning on bankrolling them with the expectation of magically giving them a better life, to please check this out, switch off the TV for an evening and spend some time thinking over it together.

Need your help to raise funds for my classroom, to give my students who come from slums and low-income families a fighting chance in the battle against educational inequity. Please spread this link around :

You can donate here in a simple online process using your netbanking, debit or credit card. And you'll get the tax exemption from this as well.

If you'd like to know more about the Teach for India fellowship that I'm a part of, please visit http://www.teachforindia.org

If you'd like to know more about my class and my school and the amazing 35 kids who have become my heartbeats, please visit our website I set up recently : http://shantabailadat.wikispaces.com ,
or check out my profile on Facebook! In case we've been out of touch for very long now, then sincere apologies, but after checking out these links you'll know what's keeping me 100% occupied nowadays! 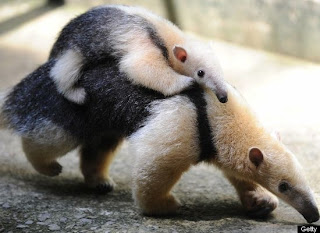 Hi All! It's been LOONNNGG since I wrote anything blog-worthy here, but a recent conversation with an acquaintance on FB, and an open-ended question, seems to have made me spit some things out. That too this isn't about some issue that I'm just observing (as most posts are), but something VERY personal : the events that led me to quit the corporate world and make social work my life!

The question was phrased excellently : I'm hiding the name of the person for now and will reveal it when he gives permission. My answer was a direct thoughts-to-text conversion so it may be a little crazy and I don't really want to "copy-edit" it right now.

Upon going through some of your recent updates on Fb, an intriguing question popped up in my mind. (It may sound a bit personal, so please feel free to respond as you wish.)

The question simply is: why?

I admire your altruism especially seeing as how it is so rare today. But what makes you tick? Why do you do the volunteering or the social work that you do?

What is it exactly that goes through your mind when you make decisions that we have to face everyday? For instance, the choice of whether to start working, after a (post)graduation with an NGO or an MNC -- the obvious factor being the money involved. Even if, let's say, one can get well paid even in NGOs today, why prefer the trouble of social work and social change rather than sit at home and have some fun? Even at a rather micro level, why help anyone at all except when helping them is going to increase your own chances of success?

Let me tell you why I'm asking this question. This is a question that bothers me daily. For some reason it turns out that compared to helping others and being all enthusiastic about social amelioration, focussing on one's own issues and solving them as fast as possible is so much more enjoyable, easy and comfortable. In you I already see the social activist, all focussed on positive social impact -- not just the wishy-washy campaign sort of thing but genuine change that is based on ideas that are intellectually and morally very very satisfying.

I would really love to know these answers from you.

Thank you for your time.


Answer: (or a confusing excuse for one!)

PS: Why the choice of image?? No reason except it may look good on Facebook! And, just to make you ask, "Why?" ;)