I followed it, and it worked! Our website is now :
https://ourpuneourbudget.in/

Some loose ends to take care of :
1. Some of the image paths are still in http:// and have to be changed.
I'll recommend this plugin for that:
https://wordpress.org/plugins/better-search-replace/ , just replaced
http:// with https://

Step Omission:
There was one step where it was confusing and it turned out I didn't
have to do it : in the wp-encrpyt plugin, they say see the help tab,
and there the second section instructs us to edit some apache config
file on our server, to edit some <VirtualHost> block. That part was
NOT NEEDED.. folks on GoDaddy hosts can skip that and proceed to next
steps.

Next I'm going to try doing this on a site on bigrock, will write back
here if I encountered any differences in the process or any
challenges.

Big thanks to Konark, Thej, Devdatta for their help, and I'm really
grateful to the people at Let's Encrypt for doing this for the little
guys.
Posted by Nikhil No comments: 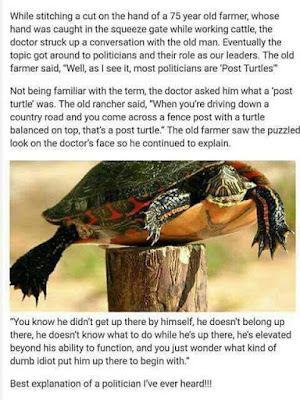 A response to the "after 70 years of corruption.." pat reply being xeroxed everywhere

Keeping in mind the 70 years of corruption, we wanted India to vote
OUT of the Cong+BJP combined corrupt regime, recognising that only
concrete steps against entrenched corruption and not grandiose
promises will fix the problems.

But folks were too impatient, they wanted instant solutions. The
candidate who ultimately won promised instant solution, without giving
ANY logical plan of action to how (and a few jhumlas). If nothing
else, at least AAP had some concrete steps laid out like a real
Lokpal, decentralization of finances to citizen-level, right to
recall, increasing judge numbers, due process in land acquisition etc.

BJP only said something to the effect of "we will deliver proper
governance" without any details of a single legislation or reform.. I
read their 2014 Manifesto.

People fell for the one-liner because of their impatience.

Three years later, please tell, exactly how many big-ticket
universally known corrupt politicians have been JAILED since the PM
took office? Does a single one have any serious case proceeding
against them in any court of law? Forget surviving, they are thriving!
Do you think they will be all magically brought to justice one night
by an 8pm announcement?

Every UPA-era scam's details are out in public, many are continuing to
this day with no action taken. Do you seriously believe corruption in
India will be removed in another 700 years forget 70 if exactly
NOTHING is done? Do you honestly believe corruption can be removed
without any action against the entrenched corrupt?

The short-term greed for instant fixes has brought us to a NEVER-fix
situation because we put in power those whose secret funders are the
ones we want to see locked up .

(Yes, I know you didn't understand the above line. Read it again, slowly.)

And some of those fooled people now have the hypocrisy of telling your
and my children that they will have to wait 70 more years to get a
decent life in this country.

There was a school-time proverb : "Haste makes waste". In every way
imaginable, The PM's supporters are running away from what it means,
and pretending to school others about it to distract from their folly.
Posted by Nikhil No comments:

Something about a child abuse crime ring

Warning: Reading this article might ruin your day. But if you do start on it, I request you to follow it through to the end.

https://vigilantcitizen.com/vigilantreport/the-world-of-mind-control-through-the-eyes-of-an-artist-with-13-alter-personas/
The World of Mind Control Through the Eyes of an Artist with 13 Alter Personas

I've seen enough material from other sources that corroborates this, to say that there is definitely something here. The site too has related links in the end.

To find something constructive to keep my feet on (as opposed to the feeling of falling into an endless abyss that engulfs me whenever I read/see about these horrors of our world), this reminds me that yes, there is still much to do, and there is just case for defending the freedom of speech against the whole fake-news-threat-fakery being passed around these days in a bid to prevent this kind of information being leaked to the masses. And it also confirms that we are dealing with some form of an influencial elite ruling from the shadows, and it's not just class war where everyone's pitted against everyone else.

A marathi joke-story on demonetization

Apologies for the delay again.

Email ThisBlogThis!Share to TwitterShare to FacebookShare to Pinterest
Labels: links

Haste makes Waste:
Maybe it's time to pay a little more attention to this age-old proverb?

https://www.equitymaster.com/diary/detail.asp?date=09/04/2017&story=4&title=The-Final-Nail-in-the-Demonetisation-Coffin
The Final Nail in the Demonetisation Coffin

"Given this, instead of destroying black money held in the form of
cash, demonetisation seems to have become a legal money laundering
scheme, where people with black money have found ingenious ways to
deposit it into the banking system. So, the first objective of
demonetisation of eliminating black money has not been achieved. "
Posted by Nikhil No comments:

rationalwiki.org is a defamation site

Just putting in a voice. Practically any whistle-blowing thing you
look up on a normal search engine, this site comes in the top 5 or 3
results. And every single time their only goal is to dismiss anything
and everything that disagrees with what the status quo says, as
conspiracy theory. And I've consistently found them indulging in
nothing but defamation. Just the language itself has the innuendo and
the attitude loaded into it.. there is nothing unbiased about it. In
these times when what has been long-held to be true is quickly
unravelling and we're finding out how the status quo has been so wrong
about so many things, it doesn't make sense to be blindly supporting
them and to be dismissing any and every dissenting opinion as a
conspiracy theory. They claim to be anti-conservative but as of today
it's them who are the conservatives.

Other references:
https://www.quora.com/Is-RationalWiki-a-trustworthy-source
Posted by Nikhil No comments:

Rehearsal in school for corporate life?

Yet another joke shared over whatsapp, yet another question arising from it to ponder over :

So essentially nothing has changed except our Age....!!😝😝

-- so would that indicate that the former is to get people used to the latter? :D